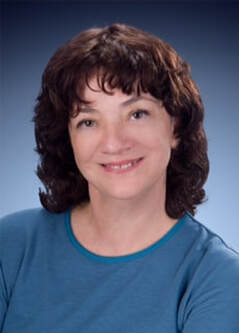 Kathy Thomson began developing Baby Pilates when her son Nicholas was a baby. Based on her 40+ years as a teacher of movement, Baby Pilates evolved into  a way to bond with your baby, through rhythm, movement and touch.

Kathy started her career as a modern dancer, first in San Francisco and later in New York City. She studied with Martha Graham in Manhattan, and ultimately became Director of Dance at the Masters School, a private high school in Dobbs Ferry, New York.

It was in New York that Kathy first became interested in the Pilates Method. In 1980, she began studying the Method with Carol Trier, one of Joseph Pilates's original teachers. Kathy also studied with Deborah Lessen, who co-founded the Pilates Method Alliance (PMA).

After moving back to the Bay Area, Kathy received her Pilates certification from master teacher Carol Appel in San Francisco. Kathy became a member of the PMA and, in 1997, she founded the Reach Pilates studio at Reach Fitness in Palo Alto. In addition to teaching private and group sessions, she coordinated two teacher trainee programs for Reach Pilates.

Kathy joined Revitalize Integrated Body Systems in 2010, where she now teaches Pilates in a rehab setting. She is passionate about working with her clients' individual needs to help develop functional awareness through the practice of Pilates.